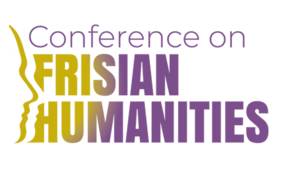 From 14 to 16 September 2022, scientists and policy makers from all over Europe will come to the Westcord WTC Hotel in Leeuwarden for the second edition of the Conference on Frisian Humanities. At the conference they will talk and discuss their research in the field of medieval and modern Frisian history, linguistics and literature and in the field of multilingualism in relation to education and other European minority language regions. The programme will also include presentations on the progress being made in the field of language and speech technology tools for small languages. All information about the conference and the programme can be found at https://frisianhumanities.frl.

The theme of the conference is 'Resilience'. Frisian and Frisian history are very resilient in several areas. In the Middle Ages, for instance, the Frisians were able to maintain their own administration and legal system. The famous Frisian Freedom is a wonderful example of resilience. But one can also think of the 19th century, when Romanticism and the Fryske Beweging emerged in the context of the new Kingdom of the Netherlands. These developments have meant a lot for the advent of a standard grammar, the study of the Frisian language and for Frisian literature. The resilience of Frisian is also an important theme today. How can a small language hold its own in an increasingly globalised world?

Researchers who are experts in their field have been invited as keynote speakers. Barbara Gross (Free University Bozen-Bolzano, Italy / Goethe-University Frankfurt, Germany) talks about the linguistic and cultural diversity in South Tyrol. Jarich Hoekstra (Christian-Albrechts-Universität Kiel, Germany) shows examples from his research on the Frisian conjunction system. Joep Leerssen (University of Amsterdam/Maastricht University) gives a lecture on minority languages in the rise and fall of Public Sphere (also: Öffentlichkeit) and Odette Scharenborg (Delft University of Technology) gives a lecture on inclusive speech recognition (i.e. without discrimination against people with, for example, a regional accent).

The conference consists of more than 65 lectures in plenary and parallel sessions. Students from Groningen and Leeuwarden will also explain their research with large research posters. Special is the presentation of Liuwe Westra's biography of former Frisian professor Tony Feitsma. On the Wednesday afternoon of the congress, the Commissioner of the King, A.A.M. (Arno) Brok, will receive the first copy.

The full programme, abstracts of the lectures and information on registering for admission can be found at https://frisianhumanities.frl/.