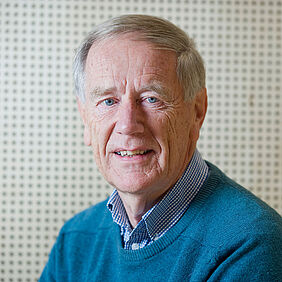 Tjeerd de Graaf (Leeuwarden, 1938) has a master degree in Linguistics (Slavic Languages, Computational Linguistics). In 1969 he completed his PhD on theoretical physics. Between 1975 and 2003 he taught Phonetics at the University of Groningen, during which time he specialized on the phonetic aspects of ethnolinguistics.

He made his first field trip in 1990 on a Japanese expedition to the minorities of Sakhalin. Since then, he has contributed to various research projects concerning endangered languages and the use of sound archives for the study of ethnic minorities in Russia, often working closely with Russian and Japanese colleagues. Most of his research projects received financial support from the European Union and the Netherlands Organization of Scientific Research (NWO). In 1998, de Graaf received a Doctorate Honoris Causa from the University of St.Petersburg for his work in the field of ethnolinguistics.

Since 2003, Tjeerd de Graaf is senior research fellow at the Mercator Research Centre of the Fryske Akademy. He is also a board member of the Foundation for Endangered Languages and the Foundation for Siberian Cultures, and contributes to the work of UNESCO in the field of endangered languages. In 2003, he spent a semester as visiting professor at the University of St.Petersburg, and in 2004 and 2005, he worked as guest researcher at the Slavic Research Center of Hokkaido University (Japan). Since 2006 some of his projects have been financially supported by the Endangered Archives Programme at the British Library.